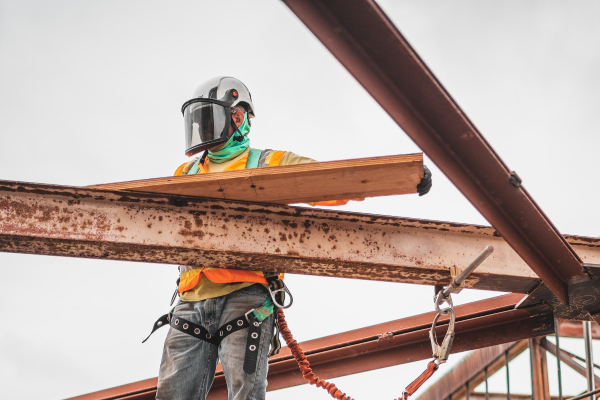 In our blog articles we always mention the importance of having a good regulations strategy on occupational risk prevention. Previously, we explained how to implement a good strategy, how to improve the preventive culture of a company or the attributes that make a good leader in safety. In this article, we want to go to the origins of this topic and have a better knowledge of how it started.

In order to understand the origins of Occupational Risk Prevention, we have to go back to 1770 BC. specifically in the figure of the king of Babylon, Hammurabi (1792 - 1750 BC).

In this context, we find the first Legal Code (known as the Hammurabi Code). This code is formed by 282 laws, some of which refer to accidents in construction and their civil and criminal responsibilities. For example, Law No. 229 speaks of professional responsibility - for example when an architect has built a house that collapses on its occupants and has caused their death is sentenced to the death penalty.

The next relevant data that we can find is as early as 400 BC. Hippocrates recommended that miners use hygienic toilets in order to avoid lead saturation. Plato and Aristotle also studied certain physical deformations produced by some work activities of that time, raising awareness. Pliny the Elder (23-79 AD) described a number of occupational diseases, which he classified as slave diseases, while modern archaeological discoveries determined the existence of manufacturing and mining processes throughout the known Aryan civilizations.

Information about industrial work and its security from the early days of Christendom to the late 15th century is very low. Therefore, with the French Revolution, security corporations were established to protect the artisan, the economic base of the time.

The Industrial Revolution marks the beginning of industrial safety as a consequence of the emergence of steam power and mechanization, which produced an increase in accidents and occupational diseases.

A fever epidemic in 1784 in the cotton-spinning mills near Manchester apparently prompted the first government security action. Thus it attracted the attention of an influential public to the exploitation of children, who worked in dangerous and unsanitary conditions in the factories of those times.

In 1795 the Manchester Chamber of Health was formed to advise on legislation to regulate hours and conditions of work in factories. In 1802, the Law on the health and morals of apprentices was passed, which became the first step in favor of the regulated prevention of injuries and the protection of work in English factories.

In 1844 the first English law was enacted to regulate adult women's working hours to 12 per day and for the first time detailed measures for the health and safety of workers made their appearance in law. The mining law in 1842 determined punitive compensation for foreseeable injuries caused by unprotected mining machinery. It created the position of mine inspectors, and it excluded women from underground work, also prohibiting them from doing it under 10 years of age.

The growth of the industrial force and the security policies were not simultaneous, due to the degradation of the working and living conditions of the time. In 1871 fifty percent of workers died before the age of twenty, due to accidents and poor working conditions.

As a consequence of the world energy and economic crisis, which began in 1970, new organizational techniques were applied to reduce costs and control losses. In Japan, the human factor was imposed as the key to total quality, with the participation and consultation of workers as determining members of the continuous improvement of production systems.

For decades, methods for analysis and evaluation of the different types of risk derived from different human activities have been developed and used. With the introduction of IoT technology and 5G networks, the prevention of occupational hazards has improved remarkably.

Thanks to technological advances and Big Data, prevention measures are more effective. Likewise, in the event of an accident, workers are attended to more quickly thanks to geolocation sensors and the exact knowledge of the dangers to which they have been exposed.