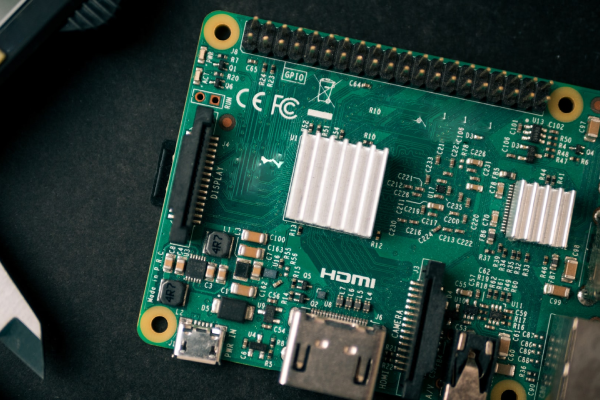 The origin and history of the Internet of Things

When it comes to explaining what the IoT (Internet of Things) is, we summarize it as the turn out of everyday objects into sources of information that are connected to the network.

The number of connected devices is projected to nearly triple globally over the next few years, according to data provided by Transforma Insights. In this way, it would go from approximately 8,740 million in 2020 to more than 25,400 million in 2030.

In this article we would like to go beyond its traditional description and investigate the origin of this concept and its first impacts on industry and society.

Origin of the IoT concept

The term has its origin at the end of the last century, specifically in 1999, when Kevin Ashton, director of Procter & Gamble, had the initiative to create a group of researchers called the Auto-ID Center at the Massachusetts Institute of Technology (MIT). Their main purpose was to find out information about Radio Frequency Identification Network (RFID) and sensor technologies.

Ashton first spoke of the IoT concept when he was trying to solve a problem at the company he worked for: the most popular products were not available in stores. He discovered that this happened because, the more publicity of a product, the faster it sold out. It was an information problem. The solution was to put network-connected sensors on P&G products to know when they were out of stock - a crazy idea in the '90s.

At that time, society was experiencing the internet through dial up modems, it was very slow and the connection was through the telephone line. Ashton had to convince P&G executives, who were much older than him, to put the sensors everywhere. Putting the word "internet" in his proposal managed to attract their attention. The word "things" was used because the idea of being able to embed computers in tables began due to the fact that the devices were getting smaller and cheaper.

The whole idea was confusing at first, but it was good enough for him to start doing research at MIT. Subsequently, he made that presentation thousands of times, all over the world. Between 2005 and 2008 people didn’t talk much more about IoT, until around 2009 when it became a very popular word.

Background of the IoT concept

The IoT concept did appear in 1999, however, the origin of connected objects is not something from a few decades ago, it actually dates back to the 19th century, in what are considered the first telemetry experiments in history.

The first experiment on record was carried out in 1874 by French scientists. They installed meteorological and snow depth information devices on top of Mont Blanc. Through a short-wave radio link, the data was transmitted to Paris.

In 1926, Nikola Tesla in an interview said: "When wireless is perfectly applied the whole earth will be converted into a huge brain, which in fact it is, all things being particles of a real and rhythmic whole and the instruments through which we shall be able to do this will be amazingly simple compared with our present telephone. A man will be able to carry one in his vest pocket."

In 1950, Alan Turing in the article entitled "Computing Machinery and Intelligence" published in the Oxford Mind Journal, said: "It can also be maintained that it is best to provide the machine with the best sense organs that money can buy, and then teach it to understand and speak English. This process could follow the normal teaching of a child ".

Later, in the 60s and 70s, the first communications protocols were made that would define the basis of what is today the Internet.

In 1958 the United States Ministry of Defense created ARPA (Advanced Research Projects Agency). In 1969, the agency created ARPANET to communicate computers between different research centers and also to interconnect military centers using a robust method. The NCP (Network Control Program) protocol was the basis of communications between devices until 1981.

In 1973, the TCP/IP protocol suite was developed to provide details on how data must be treated to provide end-to-end connectivity between two devices connected to a network.

Later, in 1982, the first Coca Cola machine appeared connected to the Arpanet network. Students from Carnegie Mellon University connected a machine to the ARPANET that was able to report its stock. This experiment inspired quite a few inventors.

In 1983, a great change took place in ARPANET. The migration of the NCP protocol to the set of TCP/IP protocols designed by Vinton Cerf and Bob Kahn is completed, constituting the basis of the current Internet. MILNET appears as a split from the ARPANET network and oriented only to military uses.

In 1989, Tim Berners-Lee created CERN (European Organization for Nuclear Research) which united the Internet and hypertext (HTTP and HTML) laying the foundations of the future World Wide Web.

In 1990, John Romkey's Connected Toaster appeared. Which is considered the first IoT device. It was connected to a computer using the TCP/IP protocol and could only be turned on and off using the SNMP (Simple Network Management Protocol) network management protocol.

In 1993, the first connected webcam appeared in the Xcoffe project. Cambridge University students developed the first online connected camera to monitor whether there was coffee in the coffee machines of the computer department.

Finally, before naming this concept, IPv6 was launched in 1998 to respond to the growing number of devices connected to the network.

The future of IoT

In the following years of its birth, the IoT has grown exponentially, to the point that most of society believes that it could not live without it. Technological advances and the IoT have brought great benefits not only to companies but to society as well, improving people's quality of life.

As we introduced at the beginning of the article, the number of connected devices is projected to nearly triple globally over the next few years, according to data provided by Transforma Insights. In this way, it would go from approximately 8,740 million in 2020 to more than 25,400 million in 2030. Great number to keep track of.