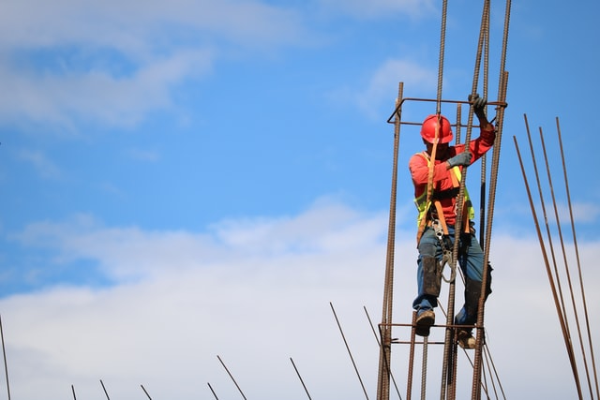 Thermal stress can be defined as the discomfort that occurs in the human body due to imbalances in temperature, either due to accumulation or excessive loss of heat.

We had previously explained in this blog the consequences and risks for workers who are exposed to very cold climates: heat stress, hypothermia and freezing. Now, in the hot season, workers once again face health risks due to rising temperatures.

In recent years, temperatures have been more extreme and therefore the consequences on the health of workers are more noticeable. A few days ago, Canada broke a new record. Temperatures soared in western Canada last week, with Lytton in British Columbia recording the highest temperature in the country, a staggering 49.6C.

In other countries such as Spain, where we have our headquarters located, these first days of July have been of extreme heat due to a mass of hot air from Africa: in some regions 47 degrees have been reached.

Governments and municipalities take measures so that the population that does not have protection can protect themselves from this heat. For example, the Murcia City Council has opened sports pavilions so that homeless people can eat and spend the night there.

What about those workers who must be exposed to this heat in order to do their job? Construction professionals, agriculture, flight coordinators, cleaning services, are some examples of professions that their role requires them to be exposed to extreme heat.

To face all this, the CCOO union advises that workers minimize the risks to the maximum in the summer months with the following proposals:


1. Monitor the temperature
Workers and their managers must know at all times what temperature they are exposed to. The 32 degrees of thermal sensation - not temperature - is the barrier from which the occupational risk prevention regulations advise extreme precautions.

2. Frequent breaks
The union advises a minimum 10-minute break for every hour worked abroad. Said breaks should not be carried out as a mere stop in the same workplace, but employees have the right to demand that their company provide them with a refrigerated room for it.

3. Hydration
Another key element to minimize risks is abundant hydration and the appropriate sun protection creams and equipment.

4. Negotiate an intensive schedule
The introduction of the intensive working schedule in the summer months to avoid the hottest hours is one of the recommendations made by the union.

In heat waves, preventive measures must be intensified and extended to all work areas that may be affected. Special attention should be paid to jobs and workers that do not usually take place in conditions of thermal stress due to heat, since in them it is easier for workers to be unaware of the preventive measures against it.

One of the key features of our NGD-One device is heat stress detection. Thanks to this functionality, workers and their supervisors can know in real time the level of thermal stress of the worker as well as later analyze the extracted data with our IoT Platform.